The territory now includes Portopalo was inhabitated from the antiquity. The village was called in many different ways: Capo Pachino initially, Terra Nobile subsequently and finally Portopalo. The founder of Portopalo was don Gaetano Deodato Moncada, interested about this land from 1778; in 1792 he built at his own expense a hundred houses alla round the tunny-fishing net.

The first urban core was composed of about 300 people , all peasantry, pastors and fishermen. Until 1812 , when feudalism was abolished, Portopalo was a village suburb of Noto. Subsequently it was under the decurionate of Pachino and in 1794 became autonomous municipality by doc. Salvatore Gozzo, physician and politician. The autonomy of the village, finally renamed Portopalo di Capo Passero, was approved in a Regional Assembly.

In 1936, according to the census, Portopalo was populated by 1710 people and it consisted of small homes located along the via Vittorio Emanuele. So, Portopalo was a quiet country village. The majority of homes was white and chapped by sun and saltiness and was present in almost all a little space (‘u bagghiu) used as a stable in which was also possible to cultivate a small vegetable garden.

Thanks to the presence of dunes and mediterranean vegetation, a sandy coastline makes you think about the typical landscapes of african coast. It’s a great place for all those who love windsurfing and you can also enjoy spectacular sunset by the sea, here. 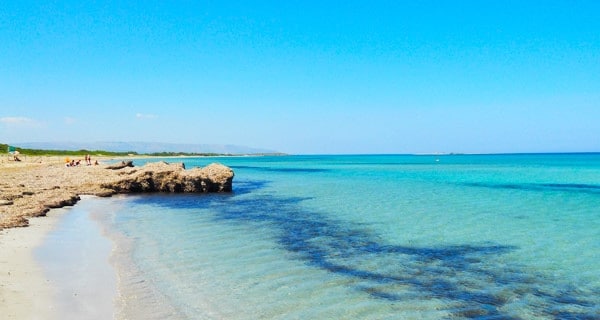 On a surface of 10.000 mq, it’s the southernmost tip of Sicily and Italy, connected to the mainland by a small artificial arm. With its crystal clear sea and its wide beaches, the island is parts of “parks and natural reserves plan”.

Situated between Jonio sea and Mediterranean sea, on the island is possible to admire the anchors used in the past by tuna fishermen during the tuna slaughter. For underwater fishing enthusiasts , not to be missed is the cave with the “Christ of the abyss”, let down in 2001 to 26 meters deep. 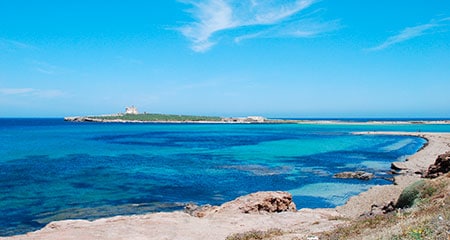